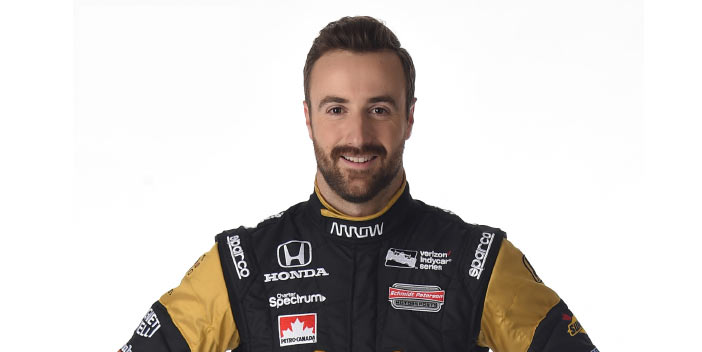 Petro-Canada Lubricants Inc. (PCLI) has partnered with IndyCar driver James Hinchcliffe for the 2016 IndyCar racing season. Hinchcliffe, a native of Oakville, Ontario, Canada will be a brand ambassador for PCLI, one of North America’s largest lubricants businesses.


"As a Canadian racing in North America, to be able to work with a Canadian company that has such a global reach is really unique,” said James Hinchcliffe, IndyCar driver. "Petro-Canada Lubricants is all about technology, innovation, quality and reliability which lines up perfectly with our approach to racing. It's great that we were able to put it all together and hopefully it's a program that we can build on and grow over the years to come. Plus, having an extra maple leaf on my suit is never a bad thing!"


PCLI’s partnership with Hinchcliffe will mark the company’s first venture into the United States motorsports space, having participated in Canada as well as Europe.


PCLI produces over 350 innovative lubricants, specialty fluids and greases which are sold through a wide network of distributors in more than 80 countries. PLCI’s products serve customers in a diverse range of industries, such as construction, mining, automotive and pharmaceutical.


"As we continue to grow our business, distributor network and customer base in North America and globally, James will help build brand awareness within our distributor network as well as for our end users." said Howard McIntyre, vice president, Lubricants. "Not only does James understand the importance of using the highest quality products, he also possesses similar attributes that our Petro-Canada Lubricants brand does."


The partnership was brokered by James Hinchcliffe’s management firm, Spire Sports + Entertainment, which will administer the program alongside PCLI.


The 2016 IndyCar season marks the sixth year of competition for Hinchcliffe, driver of the No. 5 Honda for Schmidt Peterson Motorsports. He has posted four career wins at St. Petersburg, Sao Paulo and Iowa Speedway in 2013 and New Orleans last year. Hinchcliffe’s 2015 IndyCar season was cut short due to a near-fatal accident during a practice session for the Indianapolis 500 at Indianapolis Motor Speedway in May.


The 2016 Verizon IndyCar Series will begin with the Firestone Grand Prix of St. Petersburg on Sunday, March 13. The race will air live on ABC / 12:30 EST. The full 16-race schedule can be found at indycar.com.